When the dishwasher, fridge, or dryer breaks down, one thing comes to mind. Is it worth finding a tech for home appliance repair or not? This decision highly depends on the life expectancy of major home appliances. What’s the purpose of having the washer repaired if it’s going to leak the first time you use it? Understanding how long major household appliances last can help you save money. And that’s not always easy.

You see, not all refrigerators, washing machines, and freezers are alike. The quality of the appliance, the way it is used, how often it is used, and how often it is maintained are all factors that influence its life expectancy. Why is it important for you to know? Because when the fridge quits working or the washer starts leaking, you are called to make a decision and rather fast. To fix or not to fix?

But don’t let us keep you in agony. This is a list of major home appliances and their expected lifespan.

Here’s a bizarre fact! Side-by-side refrigerators usually last for about 14 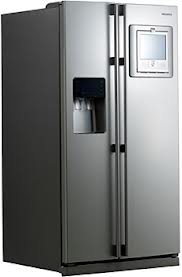 years, while one-door fridges usually celebrate their 20th birthday. Also, the harder fridges work, the faster they break down. And they are called to work harder when they are placed close to heat sources and windows, or the local climate is very warm.

Freezers struggle even harder than fridges to maintain low temperatures, and so their life expectancy doesn’t usually exceed the 10 or 11 years. Since refrigeration appliances suffer a great deal when they need to compensate for energy loss and in such cases, they live a shorter life, don’t disregard the importance of maintenance. And call an appliance technician to replace the door seal, if it’s worn.

It’s not easy to estimate the lifespan of washers. As an average, they last from 10 to 16 years. But this is subject to how often the appliance is used, the quality of the soap, whether or not this is a washer & dryer combo, etc. For example, more often than not, front load washers are not as long- 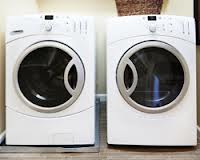 Dryers may be powered by electricity or gas. And the heating components break down sooner when the dryer is used often. This fact makes dryers more susceptible to damage than washers. Their average lifespan ranges between 10 and 13 years, and also depends on whether they utilize ducts or not, if the ducts remain clean and so they don’t strain the appliance, and similar matters.

Gas ranges outlive all their cooking appliance counterparts. While an electric oven or stove may last 13 to 20 years, gas ranges are expected to work for at least 15 years and up to 23 years. Why? Because gas ranges work with a simple ignition compared to the sensitive heating elements electric ovens and ranges integrate.

Today, microwave ovens are not as simple as they used to be. But their life

expectancy is more or less 10 years. What should you do if the microwave breaks down? If it has already worked for nearly a decade, get a new one. If it’s still young, it’s worth getting microwave repair service. 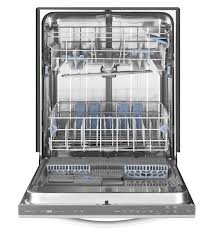 Dishwashers last for about 10 to 13 years. Just like washers, it depends on how often they are used. But their life expectancy is also subject to the appliance’s condition. Such kitchen appliances consist of many parts, elements, and wiring and so the possibility of problems increases.

That’s actually true for most modern home appliances. They consist of many parts and are rather sophisticated – hence, more prone to breaking down than their predecessors. What you can do to keep them running for at least as long as they are supposed to run? You can keep them maintained. And you should have their problems fixed the moment you notice them. But if their lifespan is nearly over, don’t bother. Get a new appliance but also make sure the oven, dishwasher, or range installation is done right. That’s also key to their good operation & longevity.